We will tell the story of American theater: real, three-dimensional stories that will give our visitors a deeper understanding of the creative process, the art form, and the people who’ve practiced it. We will not tell an encyclopedic account of plays, musicals, or artists, but define, analyze and celebrate them – to capture their spirit. 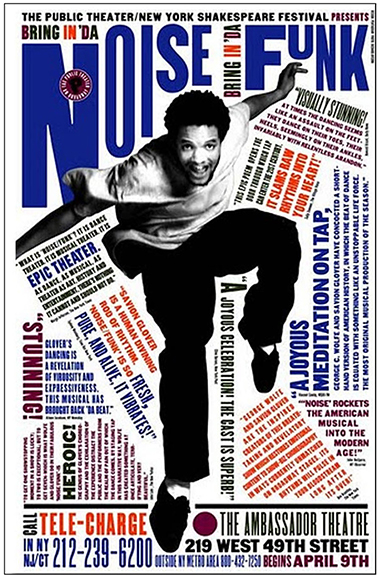 Theater is a live art form filled with energy and emotion, and MAT’s exhibits will reflect this. We will illustrate the depth and breadth of the theater experience. All stories will be told within their cultural, social or creative context. MAT will exhibit its own and borrowed artifacts from every stage of producing, promoting and performing. Holdings will include: costumes, props, set pieces, production design materials, plans, technical apparatus, still photographs, scripts, and personal items.

We will describe the masterpieces of theater as well as the artists and companies whose creativity; influence and significant achievements set a particular standard of excellence or broke the mold. Our exhibits will also tell the stories of the unsung angels who’s backstage ballet in the wings between scenes, or in the front office make things happen.

We will show the achievements of particular works, such as: “Porgy and Bess,” the “Ziegfeld Follies,” “The Glass Menagerie,” and “You Can’t Take it With You;” and show-stopping performances including: Lee J. Cobb as Willy Loman; Jessica Tandy as Blanche DuBois; and Ethel Merman as Reno Sweeny or Mama Rose.

Our exhibits will feature the rise of Off-Broadway; the independent, not-for-profit, experimental, and avant-garde movements; the regional experience; “ethnic” theater; fringe festivals; the circuits; and touring. As theater in America also takes place far away from the bright lights of professional venues, MAT will tell the stories of amateur companies, artists, productions, and fans.

We will regularly schedule new, stimulating, and cutting-edge projects devoted to currently produced plays and musicals, artists, the audience, news-making events, and art made about theater by insiders as well as fans.

Just a Noisy Hall,
Where There’s a Nightly Brawl 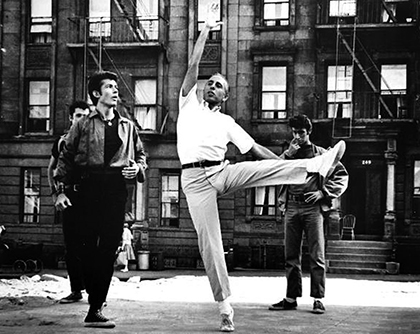 The museum won’t be filled with traditional galleries. MAT’s exhibition space will be set up as a series of installations and/ or environments representing all areas of the theater process, not just holders of exhibits. The space will be filled with stages, sets, rehearsal rooms, design studios, dressing rooms, backstage areas, etc. They will contain hands-on activities and live performances, as well as objects.

These spaces will hold every type of theater art form, linking era, artist, and influence to one another visually and audibly. Whether it’s a literal set change, or a wall morphing from a “hanging” display to a full-sized video projection, wherever possible exhibits will move, and lighting will change as stories are told, creating mood relevant to content. In a way, the museum for theater will be theater.

What differentiates theater from film, television, and the Internet, is live action. Accordingly, as if residents of a company, MAT’s exhibits will have actors, singers, dancers and musicians performing classic elements of theater works live throughout the environments. Seeing Jerome Robbins’ choreography on tape is one thing, experiencing it a few feet in front of you is quite another.

Theater craft will be going on throughout the “galleries,” and our visitors will be part of it. They will go “backstage” seeing things they usually don’t, experiencing the “mechanics” of theater: how sets/ costumes are designed and created, dance moves made, cues called, actors “fly” across the stage, etc., They will interact with and learn from our working, resident designers. Every audience member who’s wondered how the performers on stage did what they did, how an effect worked, or whether they could do what they’ve just seen performed, will have the opportunity to see and try themselves.

From the moment of arrival visitors will be recruited as active participants rather than just spectators and can experience the thrill of theater from an insider’s perspective with MAT’s Opening Night Experience. Here MAT will physically immerse fans in an authentic theater experience – preparing, qualifying, and participating in auditions, scenes, song or dance numbers, and quick costume change, solo, or as a member of an ensemble or chorus line. Visitors will have interactive fun while observing/ experiencing the skill, technology and creativity that are required from the rehearsal room to opening night.

Graphic panels, screen-based atmosphere and interactive displays surround each activity, providing context and additional points of entry for the uninitiated, emerging fan. Participants will be able to compare their performances with others, and seek to improve their own performances. Given a copy (on DVD, or internet video), they can practice at home and return for another try. The Opening Night Experience will provide authentic context for MAT’s exhibits.

Visitors can choose the type of museum experience they want: go on there own; a tour; or partial, full or no immersion. As with theater performances, museum content/ experiences will change, giving visitors new things to see and do.